With MBL Season 40 concluded, let’s take a look at which teams created the most Misery per Play. Misery is defined as a sack, forced fumble or interception. Misery will then be totaled up and divided by the total number of defensive plays over that season to create a Misery Percentage (Misery Index) and also Total Plays/Misery. Let’s dive in: 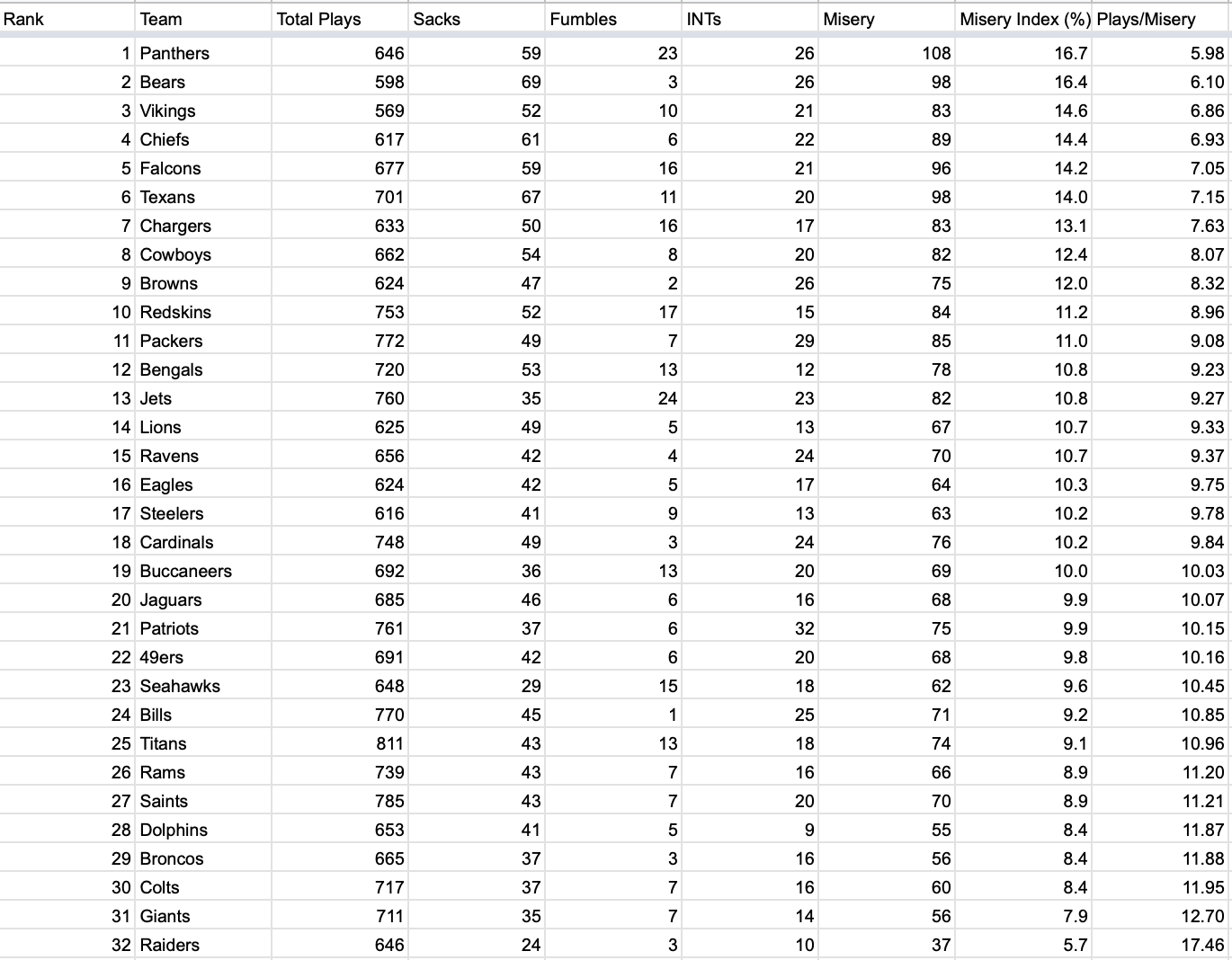 The NFC North dominated in the misery index, leading all divisions, as they were the only division to get over 200 sacks. The NFC South was right behind them, but did it by forcing over 20 more fumbles than the next closest division. Not surprisingly, both the NFC North and NFC South included two teams in the top 5 of the Misery Index in the MBL. Although the Jets forced a league high 24 fumbles, the AFC finished last in the Misery Index, mostly due to the fact that this division excelled at forcing fumbles and INTs.