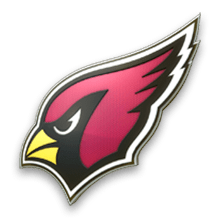 With the 7th pick in the 2nd round the Arizona Cardinals select, QB Rhett Starr out of Florida. That’s something Starr had be waiting his entire life to hear. A star at the University of Florida, Starr left a year early to declare for the draft. A decision that many thought to be premature. Coaches and scouts believed he could benefit from an extra year in college to refine his skills, but he wanted to get paid. He had a cannon of an arm just needed a team to take a chance on what he could be developed into.

This created the perfect storm for our front office in Arizona. After watching the only projected 1st round QB in the class get taken at 9, one pick ahead of us we opted to wait and take a chance on the kid out of UF. We spent the rest of the draft building a roster that will let Starr develop and make it easy on him.

In his first year all the coaches are asking of him is to be a game manager. We’ve got a ton of talent around him that can make extra plays and a defense that can carry us. That isn’t Starr’s style though. He’s made a point of displaying his arm strength throwing bombs to John Ross in Week 1. This kid could be special and the heir to Zeus we were looking for.