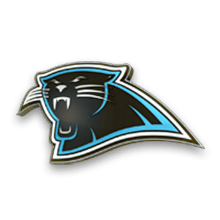 Ten weeks into the season, your Carolina Panthers are sitting at 8-2. This puts them at the top of the NFC, as the 2 loss Washington football team already had their bye and the Panthers have beaten the two loss Cardinals.  We are going to explore how the Panthers got to this point and what they need to do going forward to complete this season where they want.

Trades: The Panthers made 3 huge moves this off-season, selling a lot of picks and a veteran for a new look defense and a QB for the future.  From Buffalo, the Panthers acquired QB Josh Allen and DE AJ Epenesa. From GB, the Panthers sent Kawaan Short away for Rashaan Gary. Finally, the Panthers got Uchenna Nwosu from the Chargers.  These trades gave the Panthers a lot of speed defensively and allowed them to move to a 3-4 defense with rookie DT Derrick Brown as the Nose tackle.

The Panthers knew that the young defense would take time to gel, with a whopping SEVEN rookie starters and only one player over the age of 26.  The first game was rough but the defense was surprisingly not to blame as Josh Allen threw 5 interceptions in a blowout loss to the Raiders. This was the start of a bad trend for Allen, as he has thrown 26 interceptions to this point.

Despite the Interceptions from Allen, the offense for the Panthers has been rolling. The offense is ranked 7th in ppg, 7th in yards per game, 10th in passing yards per game and 7th in rushing yards. Allen has thrown for 19 touchdowns and 2,641 yards while also adding 2 rushing touchdowns.  CMC has been incredible after a relatively slow start. After only running for 170 yards the first three games of the season, CMC has rushed for 100 yards in every game since the week 3 loss to the Chargers and also has added 379 yards through the air.  At the receiving spots, DJ Moore and Curtis Samuel have been the two-headed monster that Coach B expected them to be.  Moore has 842 yards and 8 TDs through 10 games and Samuel has 769 and 6 TDs. Coach B hopes to get Anderson and CMC more involved in the passing attack to help limit the interceptions thrown by Allen.

On the defensive side of the ball, the story of the year so far has been the rookie safeties for the Panthers. Every draft pick was spent on defense this past season but the two standout safeties were not who most expected to shine. SS Jeremy Chinn has won two defensive player of the week awards so far and recorded 5 interceptions with 2 touchdowns while also leading the team in tackles with 28. The 2nd round pick from Southern Illinois has shown elite athleticism and instincts from his strong safety position. Luke Kuechley, who is now a special assistant to defensive coordinator Phil Snow said this “Chinn is a film junkie, he studies the game. He reminds me of myself but with the athletic ability to play in the box or over the top. We are excited for his future”.  Across from Chinn is Kenny Robinson Jr., the fifth round pick from West Virginia earned the starting role over veteran Tre Boston and has not looked back. Robinson has grabbed 4 interceptions so far this season, including 3 in a huge win over Atlanta. Robinson credits Tre Bostons tutelage to a key part of his success so far, “Tre has been great, without him, I would be lost. I am just going out there and trying to do my part in this defense”. Robinsons elite acceleration is a huge reason he has been able to close on deep balls and make QBs wary of testing Carolina deep.

The Panthers finish with the Lions, Vikings, Bye, Broncos, Packers, Washington and the Saints. Only the Lions have a losing record at 4-5 and every team will be fighting for their playoff lives. It is imperative that the Panthers finish strong against the teams in the NFC.