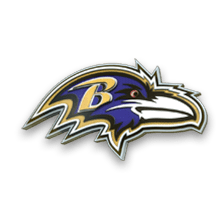 We've got some spare time this morning, so we decided to take a seat and write a bit.

We're on a bye week fresh off of Win ( FW * insert eye roll* ) we currently sit in 4th inside our own division, with a Split with doughboy in Pitt and a current tie breaker with NWS.
At 3-6 we're technically only a game or two away from being a potential playoff team in the AFC. (rough crowd) we have some postive things to look back on this season, were only a small handful of plays away from being 6-3 this season. our next couple games are very important.
Right off of a clean bye week, we get our In-Home Rival Guac and the Falcons, XCFL Vegas favored us big in this game, and while the thought of pouring it on early and often is very enticing. We may face the issue of too many games played for us for a blow out. we are hoping to secure a win, in what would be a big statement for bragging rights in the house it looks like Loser is buying the next round ;) .
Certainly a winnable game.

After Guac we move on to a Different Rival, one in which we've been domminated early by NWS and his crackhead corners have gotten the better of us in all but one of our matchups so far, on the positive side. It was THIS season that we proved we could take them down. hopefully ifwe play smart and limit mistakes we can complete a sweep in Cleveland.  winning both of these games would bring us to 5-6 and give us a much stronger foothold on a potential playoff run.


We'll leave our short home stretch and head out to Mile high to take on Higgie, RC3 & KJ. with a previous cycle still fresh on memory we have a ton to play for in this game, Also a winnable game, Coach brackett thinks higgie may have laid down and died in our last matchup. We will have to see how the new offense operates under ROTY candidate RC3.


After Denver we jump into a tough part of our schedule, We head to New England to play Brapp and then back home to take on Brian and his Panthers.

We have a chance here to put ourselves within spitting distance ofa playoff berth for the first time this cycle.

check back with us in a few weeks for our next review of how things turned out!

Thanks for Reading, & also for making this a fast bye week ... hopefully.