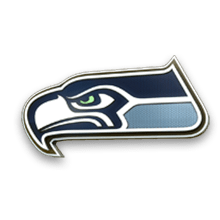 Chubb’s career was revitalized when the Seahawks hired Coach Smach and his staff to takeover the Seahawks. Under Smach Chubb rushes for over 1,500 yards and no less than 19 touchdowns in the last 2 seasons. Coach Smach said “Chubb is a great running back. One of the best since he was drafted into the league. The previous coaching staff did not use him properly. Chubb is a volume back needing at least 20 carries a game. We struggled this year cause of Tyree and the other coaches and me thinking we needed to sling the ball, but once we stopped and looked at our team we decided that Chubb needed to be the vocal point. Once we made that decision our offense began playing a lot better.”

With the 2027 season over Chubb will be entering his 11th season in the XCFL. With his 32nd birthday coming soon Chubb some may think Chubb will be hanging up the cleats soon, but here is what he had to say: “Ima keep playing this game till my legs don’t work anymore. I love it here in Seattle and I plan to play as long as I can.”