Texans: Where do we go from here? 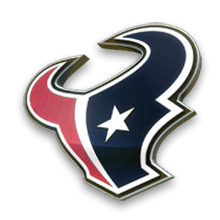 With back to back abyssmal seasons, we have posed the question- Where do we go from here? Although there has been a few questionable roster moves from this regime, the ghosts of Bill O'Brien still haunt the Texans facilities. How do we fix the current teams struggles? What do we need to do to turn this roster and cycle around?

After dropping multiple games this season on last second drives, and close games we do not feel like we need to scrap the roster and start anew. So dont expect to see anything below indicating were going to be shipping out some of our young talent. We feel as if the Core of 25 and younger players of  Watson, Smith-Shuster, Coulter, Reid, Harrison, Blacklock, and a few others will be dominant players in this league for years to come. However we need to rack up a few wins between now and the time they mature into perrenial pro-bowlers.

Lets take a look at who were looking to move on from next seaosn- Dont expect to see 9 Running backs in Houston next season. Multiple have not been offered a new contract, and arent expected to recieve one. Johnson, and Johnson will be FAs following this season, along with the struggling to develop Rutland. We are also looking to move on from Graham, Cobb, and Akins among others.

So Coach, what positons are you targeting during Free Agency and the Draft? With Orlando Brown JR not resigning during the season, well have to get him back via the open market. Expect a very hefty offer heading his way. Also, we need to attack the OL in Free Agency, and grab 1-2 more solid vets outside of Brown. From here we will be looking to shore up our DL rotation. In the draft expect a RB to come off the board in the earlier rounds. Also Were looking to CB and SS heavily, but could possibly grab a LB early. This is a defensive draft primarily for us, as our biggest hole on O is OL and RB.

At the end of the day, we feel like our roster is on the verge of being able to compete with anyone in the league, just a few key pieces away from running away with our division.